The War for Talent is Over. And the Candidates Have Won!! 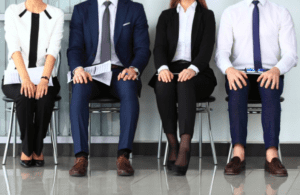 Let’s face it. As a Canadian tech firm, chances are you are not going to be able to compete for talent with the major international players on cash, stock, and signing bonuses. Moreover, the dollar exchange and free Canadian medical care make us a hugely attractive recruiting pool.

Now, to an outsider and potential candidate, their perception of your company is the sum of their interactions with you, your staff, and any word of mouth. Every point of contact between a candidate and a client is a potential magical moment…or another opportunity lost. Let me explain.

I experienced one of these special ‘wow’ experiences on a trip to Pittsburgh (highly recommended sites including The Andy Warhol Museum and tailgating parties at the Steelers game).

It was a lunch visit to a Primanti Brothers restaurant. They’re a fixture of Pittsburgh in serving French fries with, as well as in, their sandwiches. The place was hopping, and the lunch showed up late and a bit cold. It wasn’t the server’s fault, but we did let her know.  (It may be just me, but I sincerely feel it’s worthwhile making a service-based company aware of your pleasure or displeasure. This is their livelihood!)

We figured that our complaint would be noted and forgotten. To our surprise, a few minutes later a young manager (no more than 27 or 28) came by the table. He bent down so he was at eye level with us and let us know how sorry he was about the service. He then proceeded to ‘comp’ us the entire meal for four of us. That was about $85 US worth of food and drink.

‘Moments of truth’ for tech companies

Now, I’ve been to some very fancy restaurants and the most I’ve ever been comp’d has been a free dessert or an aperitif. The management of this organization had clearly provided carte blanche flexibility to their people to go above and beyond the call of duty to make it right with their customers… no questions asked.

Well, let me tell you that I’ve told this story to dozens of people, and, you know for a fact, that when they go toPittsburgh, and are looking for a lunch place, they’ll be going to the Primanti Brothers.

Technology companies aren’t service organizations like a restaurant. They do, however, interact with scores/hundreds of prospective brand ambassadors through their recruiting process. Their ‘Moments of Truth’ occur when prospective candidates meet their firm through a resume submitted, a phone call made/or received, an interview carried out, or an offer proffered or refused.

So what would a Primanti Brothers ‘Moment of Truth’ look like to an outsider and potential candidate?

What if a job description…

…was clear and concise? It had an overview of the company, how long it had been in business, its number of employees, and what awards or significant accomplishments it had. It included a list of must-have and nice-to-have skills, and what deliverables were expected in the first six months and one year on the job. What it didn’t include was a laundry list of skills that only a superman could respond to.

What if after sending their resume…

…they got an email back saying something like this:

‘Thanks so much for forwarding your resume to us. As you can imagine, we get a lot of interest in the jobs that are posted, but, by necessity, we’ll only be able to respond to those that we feel are a strong fit to the role.

That being said, we are committed to hiring great people at any time. We’ll keep your resume on file and will be in touch with you if your skills match other roles we feel might be better suited to your background.
We really appreciate your interest in (company name here).”

What if during a phone screening…

…the screener sounds excited about their company and what it does? They thank the candidate for taking the time to have the conversation. They come across as knowledgeable about the industry, and truly interested in what was important to the potential employee.

What if an interview…

…is in an office that is bright? It has testimonials on the wall and up-to-date magazines, rather than those from four months ago. The receptionist greets the candidate by name and mentions that the interviewer is excited about meeting them.

What if the interview…

…is professional and respectful? The candidate is told the process and timelines for the next steps. The interviewer had obviously read the resume, and the information from the phone screen had obviously been passed on to them. The second interviewer didn’t ask the same questions, but delved into a different part of the candidate’s background.

What if the next steps of the hiring process…

….were adhered to and proceeded as described?

What if an unsuccessful candidate…

…was given feedback from the interview, helping them improve for subsequent interviews?

What if an unsuccessful candidate…

…was contacted by the recruiter they had spoken to initially after their unsuccessful interview? The recruiter follows up a week later to ask how the candidate’s experience was and if there was anything the recruiter could have done better.

Let me know in the comments if this is helpful for you and your Canadian tech company. And for more advice on recruitment, leadership, and team-building (and not so much on French fry sandwiches), check out my blog here, or reach me directly here.